Is there such a thing as a Dominant Dog?

Stress – The Impact of Chronic Stress

Is there Such a thing as a Dominant Dog?

This question can be ambiguous.
I do understand why the term “dominant” exists and sadly the term is misunderstood due to teachings still around in the dog world today.
In the early 90’s I fell victim to this belief and was told that my Great Dane named Briggs was a dominant and dangerous dog and had to be euthanised due to his aggressive behaviour. In the years that followed, I realised Briggs was misunderstood and paid the price of death due to my training and ignorance.

Since those early days I have learnt to understand that the term dominant has many meanings.
Example: an animal in a dominant position, is important, strong and has the ability of making good decisions. A dominant animal takes care of its siblings and is viewed as calm, non-aggressive or inflicting pain and fear on its family.
The term “dominant dog” can be confusing for many as we are taught to believe our domestic dogs who behaves in an aggressive or defiant way to a human or other dog is a “dominant dog”.
This couldn’t be further from the truth.
The term “dominant” when speaking about the canine, stems from early research done on wolves to explain the hierarchical structure within family or group situations.
A dominant member of a wild animal family or group, put in simple terms is similar to a skipper – this is an individual that makes good decisions for the group and has nothing to do with aggression or control, it is more to do with sailing the ship in a direction that provides longevity and sustainability.

A dog that forces itself on you, takes up room on the couch, steals your food or pushes through the door in front of you is not a dominant dog and has nothing to do with trying to enforce its status or hierarchy in the home or on you.

Is there such a thing as a dominant dog? My answer is yes and no.
Dominance should not be used to label the personality or status of our domestic dog. Dominance in this instance is a term used to determine a dogs’ ability to gain what he sees as valuable, comfortable, edible or important at any given time in many different situations with different individuals. Some dogs are better at asserting their power and influence over others but again, this will depend if they see this item at that time important.
This does not make them a dominant dog.

To sum up my article:
Dominance in our domestic dog is a state of mind, not a personality type. Dominance is simply a term used to determine a dogs’ ability to gain control of anything it sees of value in the situation it finds itself in.
However, depending on what the item or position is, will depend on what the dog’s behaviour will display. Some dogs obviously are much better at getting what they want but are also able to allow others to take what they don’t see as important at any given time.
A dog that displays dominance over a certain bed in a lounge room is not a dominant dog, he is a dog that is simply more effective at getting the comfortable bed. Kudos to him!

However, having said all that, some dogs do have that innate ability to be more dominate over others.

Stress – The Impact of Chronic Stress 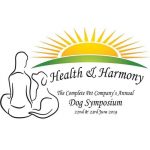 The Health and Harmony Dog Symposium 2019
Scroll to top